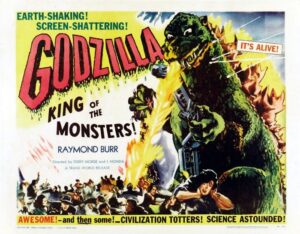 So I’m no longer a reporter. I decided to quit before I was fired. If you want to know why, read this and this. The paper I wrote for doesn’t exist anymore, except as a token tab on a website. The editor who had hired me — and who was suddenly and unexpectedly escorted out the door two weeks before Christmas and a month before his wedding — landed me a job with a contractor doing public affairs work, which journalists call “The Dark Side” and is also where a lot of journalists end up going once they get laid off.

The public affairs job pays more than twice what I was making as a reporter. Thanks to IT infrastructure improvements in response to COVID, Mrs. Sotto Voce and I have been able to move north to the groovy city of Frederick while keeping the job. The company has been great to work for, and I am grateful that I have been able to land on my feet after making what was by far the most painful decision of my professional career — to leave what I loved doing more than anything before the paper’s owners burned the house down with me in it.

Following my departure, I launched a news blog to continue covering my old beat, which the paper pretty much abandoned after I left. There was a lot going on that needed continuing coverage, and I felt that weekly stories written on my own time after work and on weekends was better than nothing for the community. I kept it up for a year until we moved up to Frederick. It was almost as hard giving up the news blog as it was to leave the paper. I’ve heard from friends that things have only gotten worse news-coverage-wise down there since we moved. I wish I could say I’m surprised.

But in the meantime, I’ve been relatively happy with working flexible hours, wandering around groovy Frederick honing my street photography style, and writing (ostensibly) humorous posts on Facebook. Even though I will always deeply miss doing what I know was my truest calling.

So what is it that has awakened Sotto Voce from its slumber to rise from the deep to rampage and set things afire?

It’s because of something I read in this story on NiemanLab: “Are you passionate about journalism? Job ads and hiring editors sure want you to be.” In the piece, NiemanLab founder Joshua Benton looks at how journalism job ads tend to use the word “passionate” as a euphemism for “willing to be worked to death for peanuts.” The story itself is pretty meh — Benton abstracts a single literature study, then core-dumps the results of a keyword search for “passion” in journalism job listings, and wraps it up with a pretty anodyne conclusion — but it was this couple of paragraphs early on in the piece that awoke the fire-breathing dinosaur and set its scales a-glowing:

“Are you passionate about your current job in journalism?

“Is covering suburban sewer district meetings what you’ve always dreamed of doing? Is it thrilling to guess which one of your newsroom friends will get laid off next? Did your childhood list of life goals include ‘lightly rewriting wire copy about more exciting things happening in more exciting places’?”

I mean, yeah, NiemanLab likes to snark it up because its brand is all about being more edgy than those button-downs over at CJR. I get that, and it usually works fine. But by offhandedly labeling beat coverage as just another symptom of a dysfunctional newsroom environment lays bare a deep-seated prejudice in journalism that I firmly — passionately — believe makes reporters complicit in their own demise.

Here’s how I open the “About” page on my old news blog:

“Planning and development policies affect everything from affordable housing to zoning. Yet, planning and development are among the most overlooked topics in local news coverage. It’s not hard to understand why; a boring process story about septic riser legislation is hardly likely to get anyone’s pulse pounding. But if you really want to understand what’s driving change in your community, and why, the place to start looking is usually the planning department.”

You can see why I would take exception to the suggestion that covering suburban sewer district meetings is some sort of dead-end job. In the old days, covering a lowly beat was your apprenticeship: it was your time in the minors where you learned how to cultivate sources and get your facts straight and pound out a process piece on deadline. Once you were able to cut it there, only then were you considered eligible for the big leagues. But now, covering something as mundane as a suburban sewer district meeting is considered scutwork.

In fact, I wouldn’t have gotten my break if it hadn’t been for my predecessor quitting after two weeks because he felt that covering the biweekly public sessions of the county commissioners wasn’t “doing real journalism.” So, thanks dude, I guess.

I loved covering the county government. If the old adage is true that “all politics is local,” then why, as a reporter, would I want to be anywhere else? This was where decisions were made that affected everything that mattered to local residents:

All of those impactful stories were the direct result of covering the county government beat — attending countless meetings, reading hundreds of pages of boring reports, and filing lots of Public Information Act requests for long lists of minutiae that I had to scour for hours on end until my eyes crossed.

It was damn hard work. It wasn’t unusual to cover a meeting until 10 at night and then get up early the next morning to pound out an 800-word story by the morning deadline. My hands would get swollen sometimes from all the typing. And it was by orders of magnitude the most rewarding, the most fulfilling, the most impactful job I have ever had and am likely to ever have.

So when I read some bullshit about covering suburban sewer district meetings as being unworthy of my passion, it really pisses me off. Because that’s literally where I found my passion. And I suspect it’s where a helluva lot of other reporters find it, too. Considering how little most of them are getting paid, something has to be driving them to keep coming to work every day.

In conclusion, here’s another extract from the “About” page of my news blog:

“I’m one of those oddball reporters who actually gets really excited about planning and development issues. The thing is, I’m also pretty good at convincing my readers that they should get excited about them, too.”

And they did. And I’m damn proud to say that my community was all the better for my passion.

Categorised as: Journalism Ruminations | Life the Universe and Everything